UBB:Joel Let His Anger Overcome Him but…3 min read

"My Anger and Pride, Made Me Abandon My Wife & Children and Landed Me Behind Bars" 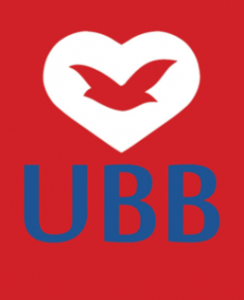 My name is Joel, and for as long as I could remember I turned to use marijuana. Because in my mind it helped me “forget” everything that was going on in my life. I had also suffered from severe insomnia, so I believed that smoking would help me sleep. But the next day I would wake up, remember everything and continue the negative cycle. I would not even help my wife with our seven children; she suffered alone and so did my children because of me. It was like she was single, and my children were fatherless, although I was “present”. One day, while I was at work I had caught a couple of people that stole from me. I told them to leave, and put back whatever they had taken but they did not.

This triggered me because I was such an aggressive and proud person, I did not care about the result. So, that led to an altercation between myself and those people. Because, they came at me and I decided to also fight back. I eventually left that job and found a new one. But, I never reported to the police what happened at my old job. Not to mention I had prior records from my past which did not help me out. So when the police heard of what happened, whilst pulling up my old records that were enough for me to be cuffed and sent me to jail. Because for the officers, I had fled the scene and there was an assault charge.

I spent a couple of years behind bars, and it gave me time to think and I had to admit to myself that I was selfish, I wanted to know how I could change, how could I become a different, a new person. The pride and the anger seemed greater than me, the use of marijuana seemed to be my only comfort despite within myself I desperately wanted change. It was as though I didn’t have the strength to overcome what was within me.

When I came to know about the UBB (the Universal Beyond Bars), I had just gotten out of prison and was living in a motel. I had absolutely nothing, I had no job no place to lay my head, and so on. But when I found the UBB I received help. I appreciated the sincerity that was given to me. I wasn’t told what I wanted to hear. But I was told the things I needed to hear to see my life change and to become a new man. What I loved most is that no one ever judged me, they never looked at me as the “prisoner” or “drug addict”. They accepted me just as I was and always made themselves available to help me. 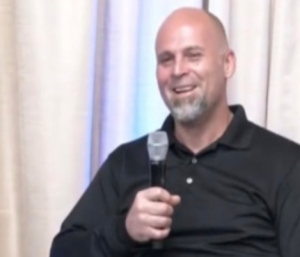 Today, I am so grateful for the help I received from the UBB. I know that I am different, even my family now sees the changes in me. My children look at me and see how I am with my grandchildren and they said to me, “Dad you are so different now, you were never like this when we were children.” Now, I know that I had to be free from the darkness that had lingered over my life for so many years.

I’ve learned that I was stuck in my past, I had allowed my emotions to get the best of me. Now, I have the understanding that I had to be free from the spiritual bondage that was leading me to anger and uses marijuana. am a new man, a new father, grandfather, and husband. My family appreciates me today, they are grateful for the new man that I have become, and my life is restored I am so happy with the person I am. Today know this is just the beginning of what God has in store for me. I gave Him my baggage, and He restored me and set me free. I know that God has much more in store for me.

Forgiveness Led Me To True Freedom

Arrested and in Jail More Than 15 Times 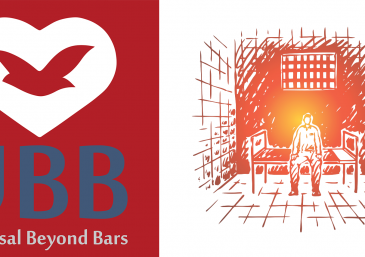