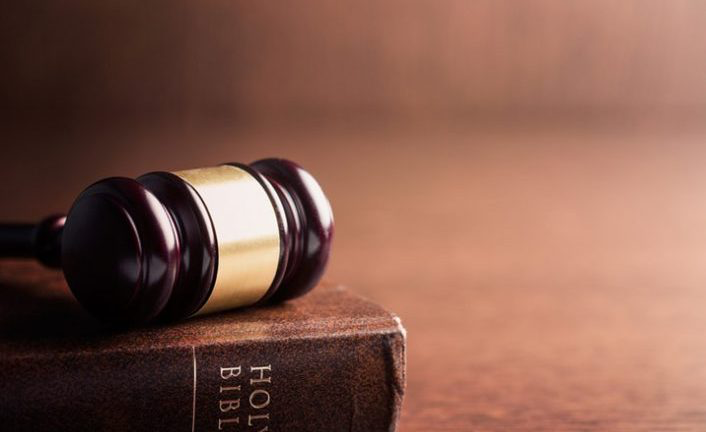 There was in a certain city a judge who did not fear God nor regard man. Now there was a widow in that city; and she came to him, saying, ‘Get justice for me from my adversary.’ And he would not for a while; but afterward he said within himself, ‘Though I do not fear God nor regard man, yet because this widow troubles me I will avenge her, lest by her continual coming she weary me.’” Luke 18.2-6

In this parable told by Jesus, the widow was only answered because she was persistent, perseverant. She went to the judge and kept bothering him until he tried her case. The judge didn’t do this because he was fair, but to get rid of the widow.

And the Lord Jesus continues:

And shall God not avenge His own elect who cry out day and night to Him, though He bears long with them?Luke 18.7

This is, if an unfair, ungodly, wicked judge is capable of judging a case, imagine God who is a Righteous Judge!

So, those who are people of faith, and live a clean life, but have suffered an injustice, know that God is the only One who can judge your case and do justice. He is our Supreme Judge!

Offer the sacrifices of righteousness, and put your trust in the Lord. Psalm 4.5

Those who live in righteousness offer sacrifices of righteousness. And, therefore, have the right to charge of God.

Believe that, even if men have let you down, God will move His hand to judge your case.

But for this to happen, you have to live in righteousness.

Because, how can a person who lives in unrighteousness expect God to do justice in his or her life?

If you have been living in sin, seek to reconcile with God, so that on the 15th, the day of Justice, when you go up to the Altar to present your case before God, and appeal to the Righteous Judge, who is Lord, He will determine victory over your case.

For those who seek justice, the Lord Jesus says:

But seek first the kingdom of God and His righteousness, and all these things shall be added to you. Matthew 6.33

When you seek first the Kingdom of God and begin to obey His Word, then the Spirit of Justice comes upon you and makes a difference.