Only the Holy Spirit Can Change Your Situation 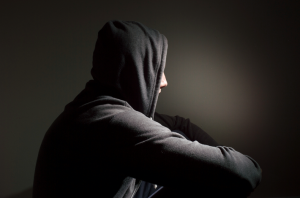 At just 20 years old, Edigard suffered from severe anxiety attacks. His concern for the future was so great that he could not control himself.
“My throat was closing and I felt a very strong pressure on my chest. Everyday I thought I was going to sleep and I was not going to wake up.”

As a teenager, he did not know how to deal with the discrimination he suffered at school and the offenses and aggressions of his father, who was an alcoholic. “It felt so miserable, that I kept thinking about cutting myself. When thoughts of death came, I felt very weak.” One  event that led

Edigard to have a strong anxiety crisis was the entrance exam.” Right after taking the test, I went to two hospitals with chest pain. But nothing was diagnoses to me.” In addition to extreme anxiety, he also suffered from a phobic disorder, which consists of feeling exaggerated fear of situations or simple things. “There was a day when I took the supplement and, after reaching it on the internet, I was so desperate that I felt severe pain.”

Edigard says that he took some medications to fight these disorders, however, these were not enough. The way out was to open up to God. “I said a prayer asking Him to take those weaknesses out of me.”

Then he went on to attend the deliverance meetings at the Universal church and gave himself to God to become strong and to achieve inner change.

“I knew that if I didn’t receive the Holy Spirit, sooner or later, I could have more problems. So, I went up to

the Alter to sacrifice my whole life. When when I came down, I was already sealed by His Spirit.” –Edigard 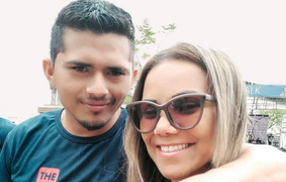