Remembering those who have been forgotten2 min read 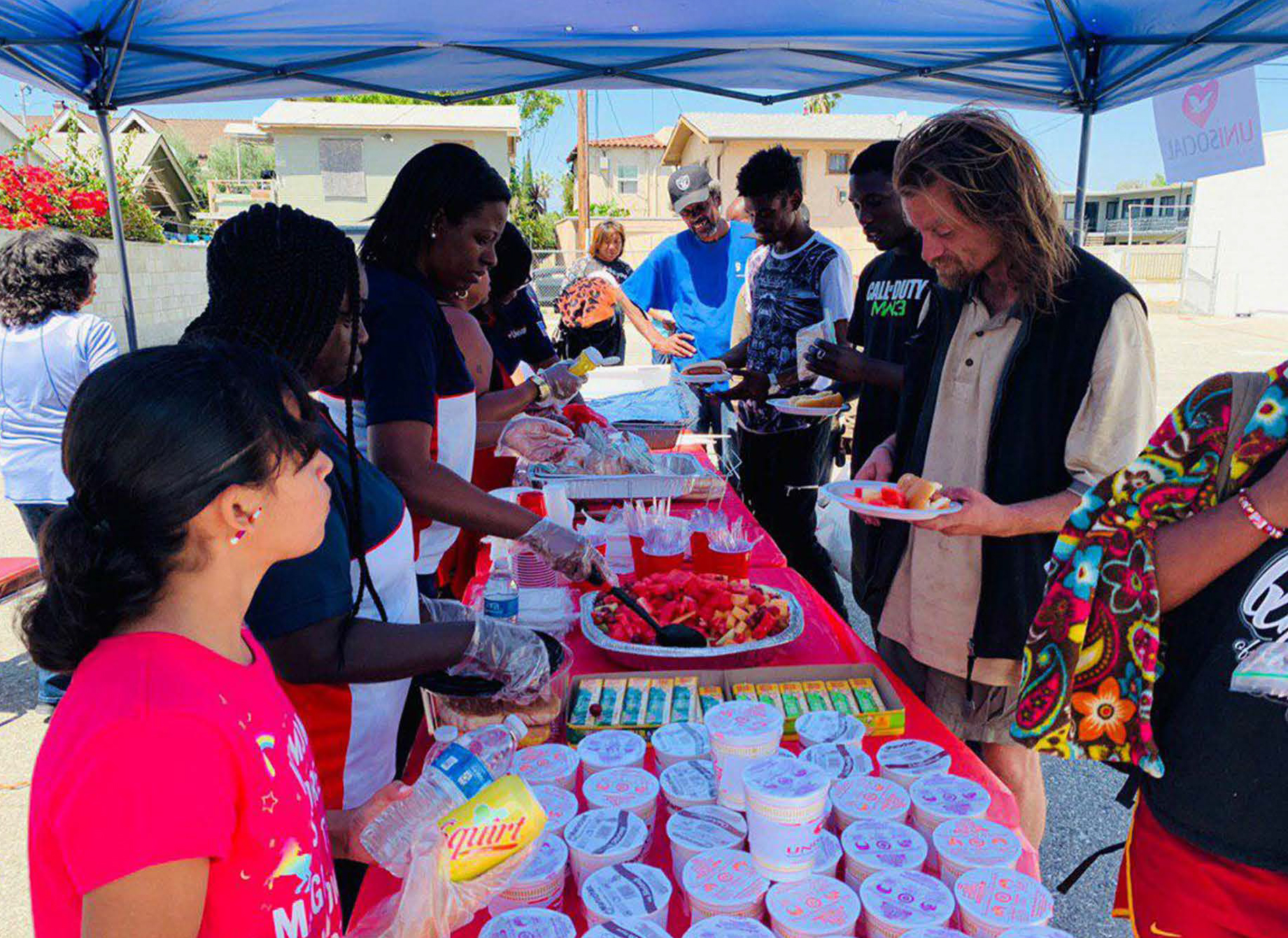 The Universal Church hosted an event for the Long Beach community. Volunteers from the ministry gathered together and set up a day that brought joy and laughter to many residents in the area. People from all walks of life turned out for the event. Few stopped by to enjoy the music, games and good times but the majority and targeted audience for this event were the homeless, addicted and those who have been abandoned by their own families. With the growing rate of homelessness in the “Golden State,” Long Beach is only one of the many cities who has seen an increase in people living on the streets this year.

Although it was only for a few hours, it was big success for the UniSocial team of California. We can surely say, that the people of Long Beach enjoyed the event, and left satisfied The volunteers catered to the community by giving bags with non perishable food items such as: sweet corn, cereal, cups of noodles etc. They also gave bags filled with hygiene products like toilet paper, toothbrushes, tooth paste, deodorants and more. Each person was grateful for the effort that was put into this special day.

Children enjoyed playing on the jumping castles and the adults got hair cuts, massages, the women got their hair done and they were also offered nail services. You could see the joy on their faces while getting pampered.

There was even a chance to check blood presure for those who wanted to do so. Many were happy to see good results. From the few who the volunteers had the pleasure of speaking to expressed how special they felt because of the care they received. One of the ladies was so excited when she received her bag from the event that she said, “wow, look at my bag!”

According to the US/CH ( United States lnteragency Council on Homelessness) California has an estimation of over 120,000 homeless people, a shocking 23.55% of the Californian population.