“Radio Copacabana is ours!”3 min read 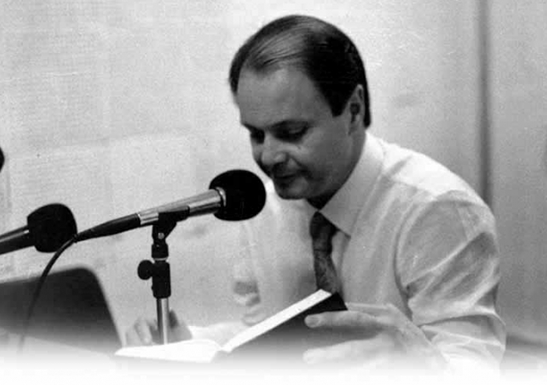 In the 1980s, The Universal Church engaged in a work of evangelism by renting time slots in the radio and television. However, Bishop Edir Macedo already felt the need for the church to have its own vehicle of communication to preach the Gospel. That’s when the opportunity arose to purchase the Radio Copacabana, one of the most popular AM stations in Rio de Janeiro in those days.

That would not be an easy task; the bishop would have to let go of his recently built house to accomplish this goal. “After so many years living in North Rio, in tiny cramped apartments, I could finally give my wife Ester and my daughters a little comfort. But that didn’t last long. The sale of our house was crucial to the purchase of Radio Copacabana.” The bishop explains in his autobiography, Nothing to Lose 2.

This would be the first of many sacrifices he would have to make in benefit of the Work of God. He recalls, “Radio Copacabana required my frequent presence in its first years of operation, and I viewed this purchase as a milestone in the preaching of the Gospel.” He dedicated his days, nights and late nights to the church services, radio programming and the spiritual counseling offered to the listeners.

Reaching the lost through radio airwaves

“Radio Copacabana was a great sacrifice on the part of those who had the same faith as Bishop Macedo that we would reach those who are suffering through a radio station,” says Isis Regina (in the photo with husband, Pastor Albuquerque). She was part of the Radio Copacabana‘s team as an announcer and has good memories of that early programming. “Everything was done envisioning saving souls for God’s Kingdom.”

As years passed by, the church purchased more stations throughout Brazil. The purchase of the Radio Copacabana had a decisive role in spreading the Word of God in the country because of its accessibility in the far away communities, especially in those days.

“I was always exhausted. But that spiritual help in the early morning hours saved many people from hell. Stories abound of faithful members and even pastors of The Universal Church today, who were rescued over the airwaves of Radio Copacabana.” (Bishop Macedo in Nothing to Lose 2)

“We want to instill the holy name of Your Son in the hearts of the listeners in the most far away places.”

In July of 1984, a publication of The Universal Church, signed by Bishop Macedo, announced: ”Radio Copacabana is ours!” The title made reference to the song that celebrated the victory of the Brazilian Soccer Team in the 1958 World Cup. Read below a little of the text that announced the purchase of the Radio Copacabana:

“There were many prayers, requests and fasts. We lived in faith and expectation of this moment.

We did not give up! We didn’t lose hope! Not even for a moment did we weaken.

And we remained firm walking step by step together with Him, confident that we would achieve our dream: the purchase of a radio station where we could practice our faith in the Lord’s Work.

We want to instill the name of Jesus into the hearts of listeners far and wide. Our gracious God has heard and answered our prayers and has given The Universal Church the privilege of seeing everyone’s dream come true.

For this purpose, we are bending over backward and taking on more work. All the church congregants, pastors, and our radio station team are united and pulling together.
Radio Copacabana is ours!” (Bishop Macedo)

Through the airwaves of Radio Copacabana, which now belonged to The Universal Church for the broadcasting of the Word of God, young Pastor Macedo’s voice echoed into the hearts of the oppressed, the sick and afflicted. A special program also began that exists until today: “Mensagem Amiga do Bispo Macedo” – A message of faith and a prayer the bishop would transmit faithfully daily.

(Translated and adapted from text by Rafaella Rizzo)