Of free and spontaneous will2 min read 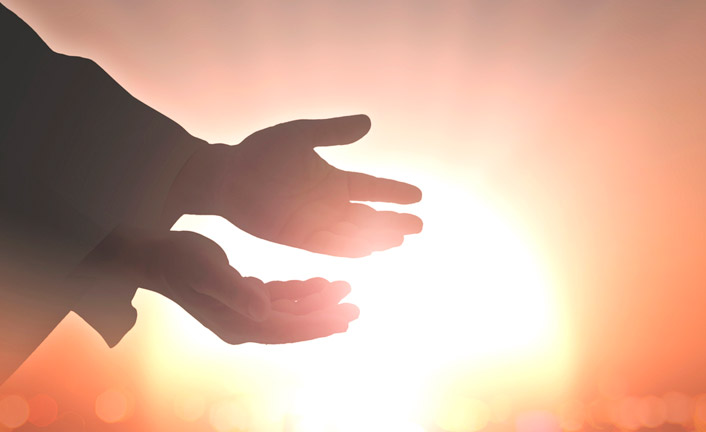 Because God loved the world in such a way that He gave His only begotten Son, so that everyone who believes in Him will not get lost, but have eternal life. John 3:16 The love of God is symbolized through the delivery of Jesus on Calvary for us. Our love for God is symbolized by surrender to Him through the offering. Jesus was the Raised Offering of God to save us.

All offerings are sacred, however, the raised offering has an excellent weight, above normal. In order for us to better understand the raised offering, see what King David, who was a man whose heart was according to God’s heart, said to the prophet:

Look, I live in a cedar house, but the Ark of God dwells amid curtains. Then Nathan said to the king: Go, do all that is in your heart, because the Lord is with you. 2 Samuel 7: 2-3

David had that discernment, because while he was in the comfort of his home, his palace, the Ark of God was kept between curtains. … It happened that that same night the Word of the Lord came to Nathan, saying: Go and say to My servant David:

Thus says the Lord: Are you the one who will build Me a house to dwell in it? For I have not lived in a house since the day I brought the children of Israel out of Egypt until today, but I have wandered in a tent, in a tabernacle … 2 Samuel 7: 4-7

No one, during all those centuries, had thought about building a cedar house to place the Ark of the Lord, which represents the Presence of God. Only David, obviously led by the Holy Spirit, had that dream, and God approved it:

Thus says the Lord of Hosts: I took you from the pasture, from following the sheep, that you might be prince over My people Israel … I will give you rest from all your enemies, and the Lord also lets you know that the Lord will build you a house . 2 Samuel 7: 8-11

Although David did not build the Temple, because he had dirty hands of blood due to so many wars, the initial project was his, so that later Solomon built the Temple. In addition, David offered the resources and his particular treasure for construction. By free and spontaneous will, David wanted to build the House of God to place the Ark of the Covenant. This is the Spirit of the raised offering. Jesus was God’s raised offering for humanity. And, today, the Lord Jesus expects us, His servants, to present that offering raised with liberality, without our being obliged for any other reason, except for the desire to please God. Bishop Macedo