“My Daughters Were Orphans of a Living Father…”3 min read

Have you heard about the expression “being at rock bottom?” It refers to a difficult phase that the person goes through and they cannot see a way out, especially when they have already lost a lot of things it’s as if they’re trapped in a hole and finds it difficult to get back to the firm and safe place where they fell from. Mauricius was in this situation. But he found a way out and decided to take it. Read in and find out.

Since childhood, Mauricio’s life has been marked by difficulties. “We lived in a very difficult situation. My parents separated when I was 8 years old. My mother then became a mother and my father had to work to support us. We were six siblings and one of us drowned in the same year the separation took place.”

With a tough reality to face, Mauricio started working at age 13 to help around the house. He claims that he started drinking moderately at 14 years old. At 19, he married Katia. 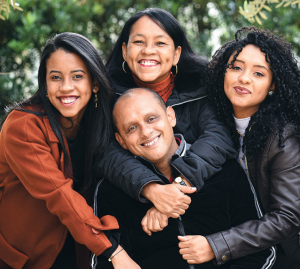 “When I was 26 I learned about cocaine. I left my family for 13 years to maintain my addiction. Sadly I even spent four days away from home using frugs without thinking about my wife and my daughters. I was completely overwhelmed.”

“The job that I had was good and had a good salary, but what I earned was for addictions. I didn’t see myself as an addict because I worked and didn’t steal anything from anyone, but my wife and daughter were starving at home and living on cornmeal and rice. My wife was the window of living husband and my daughter was an orphan of a living father.

“I tried to abandon the drugs with my strength and although I had tried in various ways. All were in vain. My rock bottom was when I started getting aggressive at home.”

Mauricio learned about the Universal Church through his daughter. “They didn’t know much what to do to help me but to cling to God and, believing in His plans, they persevered in purposes, campaigns of Faith and prayers for me. That’s how I got to know the deliverance services.”

“Frist, my daughter started looking for me, and for three consecutive months, she invited me to attended meetings. When she called me, However, I disappeared as soon as I left the house. She invested so much that she was hopeless and I ended up attending a meeting. The first time I came out different. I no longer wanted that life and, from then on, I no longer felt like using drugs or returning to addictions. I didn’t have relapses.”

Mauricio says that the secret to keeping the faith was and is to obey the word of God: “Faith in God and obedience to the Altar were fundamental for the change to occur. From my Encounter with God, the transformation took place. I’m a different person. I am a good husband and friend to my wife and daughters.

“We all get along really well. Our family has been restored and we are happy. We have peace and nothing compares to the life we used to live. For me, faith is essential even to keep the most precious thing I gained, which is my salvation. “ 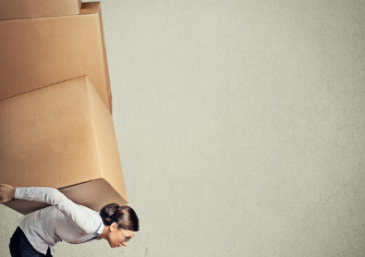