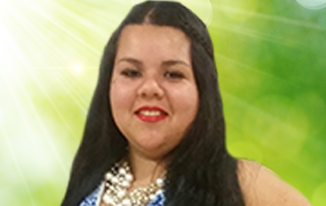 Since I was a child, I was depressed. At the age of 11, I started smoking marijuana because I thought it would make the problems go away, but things only got worse. My life was destroyed because of the addiction to marijuana. I could not live without it, but all the marijuana in the world couldn’t stop me from cutting myself or attempting suicide three times. I ran away from home more than once because I wanted to do things my way; I wanted to be free to drink and smoke as I liked. On one occasion, I made it all the way from California to Vegas. My careless behavior led me into deep trouble; I was arrested multiple times and my family could not help me out of that mess. I had no one to turn to anymore. I once ended up in jail because I was found with a gun that didn’t belong to me, and my “friend” convinced me to take the blame. The day before my court hearing, I was allowed to call my grandmother. I told her that I would kill myself if I wasn’t released. I never spoke with anyone about my problems, I always kept everything buried. When I was in prison, I would think of ways to kill myself. I had panic attacks that grew worse day by day. When I was alone in the room, I would see things coming out of the walls. I made a promise to God that if I got out, I would stop the addiction.

I was released. God held up His end, but I didn’t; I went back to my old ways. I went for a walk one day and smoked once again. Afterward, I felt like I was dying. I walked home that day holding on to the gates. When I got home, I made another prayer to God, but I was sincere this time. In a few seconds, the nauseating feeling disappeared. Shortly after that incident, I went with my grandmother to The Universal Church for the first time.  I was invited to come to church many times before, but I always told her I would never go. However, it was there through the meetings for overcoming addictions that I received the help I needed. I continued participating and I finally opened up about what I was going through. I began to lose the cravings for weed. It did not happen overnight; but through the prayers, my faith and the direction I received and practiced, I no longer have the taste for any of these things anymore. Before, I could not live a normal life because of all that I went through, but today my life is above and beyond normal!