I Have Everything I Ever Wanted7 min read 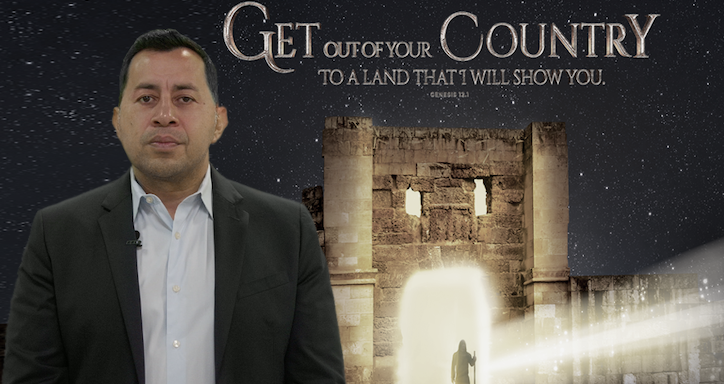 My name is Mario, and before coming to this ministry roughly nine years ago, my life was unstable.

I have four children, two sets of twin. I was going through a divorce; my love life was not well and my health was not the best either. I didn’t have peace, nor direction and lived life basically getting up every day going to work. Professionally speaking, I attended school but it was never enough. I never had enough money and never had enough understanding of the things that I was doing for my life.

What I requested for my children to do was to do things that I was not doing. You know the very typical do as I tell you, not as I do. So I was that that kind of man know, the kind of man that wouldn’t trust. I was a womanizer and pretty much an alcoholic. I had a marriage that was destroyed and have four divorces with the same individual. It was a mess.

I came to the ministry to marriage counseling course to keep my family together. It was an online advertising one about marriage counseling. But one thing that really was different for me was that It made me think. It held me accountable to a certain degree at the time that I understood. Before I was just going to church. I was a so-called Christian for you know going to a different church. A huge church with a huge following for 13 years. But I never learned the works of faith and obedience. I came to this ministry for that one course. I’ve stayed in the ministry and basically, my life changed. I found out about the campaign of Israel. She left me and we had to go through another divorce. It was very difficult for me because I did not want to divorce. I wanted to have a family. Although I was a good person. I didn’t have an understanding or a good direction in my life to be able to give that kind of direction. You know I spent a lot of money going through the divorce, fighting for custody of four kids that I have today. I’ve had the kids for about seven to nine years in my custody as a single father, again four kids. It was physically and mentally tough because it affected not just me but also all my children. So I had to do endure that tough situation with them.

I did a campaign for my love life. You know I was dating my now wife for about a year or so year or two years sometime. I initially bought a ring and in the end, she had second thoughts and we went our separate ways. And I’ll share with you one of the reasons why is because I do have four kids. I have four children. So it’s a challenging situation for anybody to come into it at the time my love life. It was a big challenge to have somebody come into my life not only to marry me but also you know indirectly they’re also marrying four others so that was a challenge in itself. So I understood that very well.

But I always had faith that I knew that we were also a blessing to whoever would come into our lives. So when we decided to part at that time being with individuals that I was. You know I had a relationship with.I was asking God what do you want me to do. I asked. I was very sincere like I have many other campaigns. And I opened up myself and I said you know God I know that I can simply go out and date someone if I wanted to or perhaps even get married I said but I do not want to do this on my own. I want to depend on God. I want to depend on you. My prayer to God was requesting to bring the right person to my life, I did not want to make the choices myself because I could have easily done that. But I do not want to do again because I live that kind of life in the past where I used to do this quite a bit with these. It was about trusting God to provide so much to give so much to me. So when I bought that ring and it didn’t go the way that I expected to go and we decided to part ways.

You know I was stuck with a very expensive ring and the first thing that I asked God what do you want me to do. That one time it was very obvious. God asked me to put that ring on the altar. And of course at first, I was like whoa wait a second. It’s basically about trusting God that he is going to take care of you.

He’s gonna do what he needs to do. So I got that ring and I placed it on the altar. You know it was difficult. And I waited for some time, not even a month or two went by. And sure enough, God answered. The person who I had a relationship with came back around.

We had a good conversation of course. We asked a thousand questions back and forth. In the end, we ended up getting married. Now we are happily married. She’s the stepmother of four but she is full of love. She’s full of just care. It is it’s something that it’s hard for me to describe. So if you are thinking about doing a sacrifice for whatever, be bold and be open to what God wants you to do not what you want to do. Because I will share that many times even price campaigns. It’s all or nothing. You know it’s very simple. So the campaign worked for me and I am very happy.

I have everything that I wanted; a stable family, guidance, peace and the good health, stable financial life and the Holy Spirit. I thank God for it. I’ve used my faith in my faith not only got stronger but I see the results. Today, I lead by example so I have a great relationship at home.

Previously, I participated in a campaign for my financial life. I was fired from a job because  I was inviting people to church the source for this is during a time I came to the ministry. I had so much joy that I wanted to tell everybody about changing their lives transforming their lives. I would just try to talk to anyone and everyone. But I learned that in work, you also have to respect rules. God does teach to respect rules and regulations.

Nevertheless, I was let go I was having a hard time with my finances I had over one hundred thousand dollars in debt. I did the campaign and in the end,  I received a job that paid about 60 thousand dollars more than the previous job that I had. I am debt-free,  I don’t have any unsecured debt nor any credit card debt. That’s all been taken care of. In this sacrifice, I received tenfold in return.

Whatever struggle you have whatever it is that you have not been able to achieve. Trust God trust the altar. Do the campaign but do it all the way. Talk to God. Be open be sincere and be ready for God to speak to you. If you do this you’re guaranteed results. Use your faith will get stronger in God. Will Answer your request but be bold and know in no and understand what God’s promises for you. If you do this in faith. So if you’re thinking about doing this challenge which I would challenge you to do so do with all your might.