“I Gave up My Rotten Life For…”2 min read

Sandra Was Involved With a Married Men and Became Pregnant With Him... 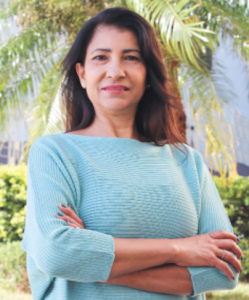 For a long time, Sandra Maria also wanted to have a new life but thought she would never make it. “I was born and raised on a farm. I worked in the fields and I only studied until fourth grade”. She recalls that the seizures she had since childhood limited her. In addition, her parents needed to spend their income on the treatment of the disease.

At the age of 19, Sandra became involved with a married man and became pregnant with him. It was the beginning of a love life marked by disappointments. “I received an offer to become a prostitute, thinking that, in addition to being able to offer the best for my son, men would no longer use me for free. I became frustrated.”

Sandra’s suffering multiplied. “I felt an emptiness inside and just thought about during. I was disgusted with myself, had constant nightmares. Had a feeling of being suffocated at night, insomnia, headaches, panic syndrome, fear, and complexes.”

She says she felt unappreciated by her family “I lost my two brothers in an accident and my mother said it was better if I had died in their place. I couldn’t keep my commitments and lied a lot. I kept hiding from who I was. Faced with so much rottenness, I thought that I couldn’t be forgiven and that all was lost.”

Sandra and has grown tired of being who she was. One day, with an eviction order, to leave the house where she lived, she watched the Universal Church program. “At the church I saw a testimony of life transformation and the Pastor said that God could also transform mine. Right away and I made a vow to God that I would stop being a prostitute and have a new life with Him. I was at rock bottom and that’s when God appeared to me.” Sandra says she arrived at the Universal Church and surrounded at the Altar.”

“I gave up my rotten life in exchange for everything God promised to give me.As time went on I got to know God, received His forgiveness and the Holy Spirit. God made me a new woman.”

Through the sacrifice of the campaign of Isreal, Sandra’s life was written again. “I became a successful woman, I have two clinics cars, and land. Today I am respected and valued by my family.

The Blessing From Temple of Solomon

A planner to help you read the Bible in one year

The Lord’s Supper In every Universal Church