Hospitalized 22 Times Because of His Addiction2 min read

Almir Found the Solution to All of His Problems

Almir spent almost 20 of his 37 years using drugs. During this period, he was hospitalized 22 times and visited clinics of different religious denominations. For a decade, Almir adapted to his social life with the use of marijuana, cocaine, and high doses of alcohol. Then, the lifestyle began to generate discomfort and he moved to another city to try to start again away from addictions. 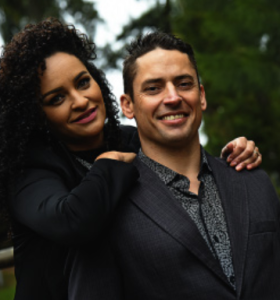 Almir got a job and found a girlfriend. Shortly thereafter, he had a son. However, his desire for drugs did not change. “I remained addicted until I lost my position. When my son turned 3, I threw it all away. I separated from his mother, asked for the bills at work, and returned to my hometown.”

He asked his family for help. “I got a job, I used drugs again, lost everything, and went back to square one. But, I lied to my family. I even slept on the streets and stole.” After the suggestion of family members, he attended clinics seeking rehabilitation. “I went through all methods, including compulsory hospitalization.” When he finished treatment, he went back to using drugs.

One day, his sister suggested that he go to the Universal Church. She had learned about the meetings through a volunteer at the church.

“I accepted the invitation, but I didn’t believe it the first time. On the second Sunday, I saw people healed and asked for God’s help. The biggest fight is the thoughts because the desire to use drugs was strong. Despite the difficulty, I didn’t give up until I overcame it. Then I sought the Holy Spirit to strengthen me.”

Almir emphasizes that faith is essential to keep him free for four years. In addition to regaining the family’s trust, he married Valeria, the volunteer who introduced his sister to the church.