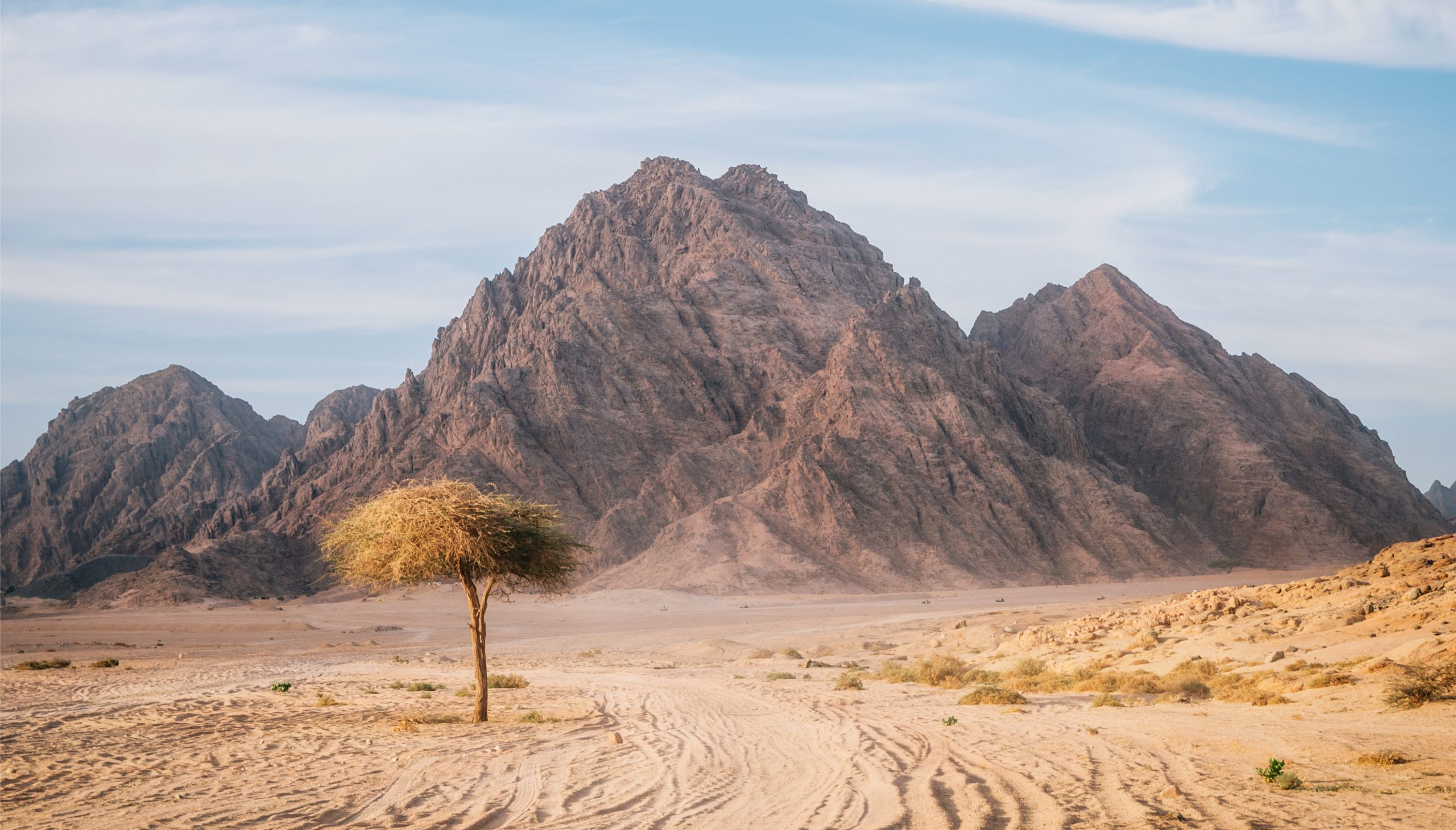 Mount Sinai, also known as the Mount of Moses, reaches 7,497 feet above sea level; it is located in the Sinai Peninsula in Egypt. There, God first spoke to Moses through a dry burning bush, a marvelous sight that drew the attention of the one that would lead the people of Israel out of Egypt to the Promised Land. The fire did not consume the dry bush, and as Moses came near, God asked him to take the sandals off his feet because he was stepping on holy ground.

“Then He said, ‘Do not draw near this place. Take your sandals off your feet, for the place where you stand is holy ground.'” (Exodus 3.5)

After God had set the people of Israel free from slavery in Egypt, they traveled towards Mount Sinai to offer to God sacrifices according to what He commanded Moses. There, God appeared to Moses and wrote with His finger the 10 commandments to guide the life of those who commit to Him.

“And when He had made an end of speaking with him on Mount Sinai, He gave Moses two tablets of the Testimony, tablets of stone, written with the finger of God.” (Exodus 31.18)

There in this holy mountain, God made a covenant with His people. Mount Sinai was chosen by God and represents a special place of remembrance and faith, where the story of humanity changed and would never be the same. There, a people were prepared and molded to shine God’s glory into this world. “… The Lord is among them as in Sinai, in the Holy Place.” (Psalm 68:17)

Why would God choose a mountain among all places? What is so special about this rocky mountain, which on its peak Moses encountered the Creator of all things. God wants to show to us that through a sincere faith that is put into practice by obeying His word, His voice, one’s life can go from a low and empty place to the top. To climb a mountain requires sacrifice, effort, and perseverance, and to reach the life God promised to His people in all aspects, one must make sacrifices to achieve great things.

“God has chosen the foolish things of the world to put to shame the wise”; He chose Mount Sinai, he chose the dry bush and Moses, and now He chooses you to transform your life into something extraordinary. Since decades, bishops and pastors of The Universal Church have climbed Mount Sinai periodically to take the requests and to cry out for God’s people. Amazing miracles and life transformations have taken place in more than 100 countries in the lives of those who believe. In December of 2016, they will journey to this holy place, and this will be your opportunity to take your faith to the next level.