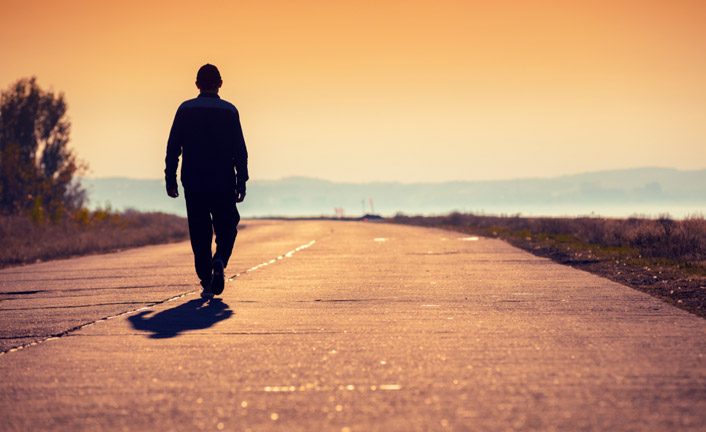 “The LORD said to Abram: Go out from your land, your relatives, and your father’s house to the land that I will show you.” Genesis 12:1

The first time God spoke to Abraham He made a request that, at first, seems to be repetitive. “Go out from your land, your relatives, and your father’s house.” We could easily interpret that as simply to leave his home and go to a place that God would show him. But since God does nothing haphazardly and there is a reason for everything He does, let’s understand what was behind this request…

“Go out from your land…” at that time this was the most dangerous thing a person could do because there were no passports, documents, embassies or any means of communication that we have today. It would be like leaving your home country, on foot, for a neighboring country, with no documentation of where you were born, who your parents are or who you are. With no proof of your citizenship, you would be unable to count on anyone’s help, either from your government or from the government of the country you traveled to. God was asking Abraham to leave all his protection and help behind because He would become his protection and help.

Besides losing his protection and help, something else was being sacrificed by Abraham. I remember that when I came back to Brazil after being away for years, I no longer felt Brazilian. My tastes, my way of speaking, my way of acting, even my way of thinking had changed. God wanted Abraham to cut off his roots and make new ones, planted by God Himself.

When God continued and asked him to leave his relatives, the request became even more specific and difficult. Now Abraham would no longer have the protection and help of his family. But not only that, God was asking him to give them up completely.

This is not only a sacrifice for those who do this, but it is also a sacrifice for those who’re left behind. When we left Brazil I completely lost contact with my relatives. Before we were very close, but all of a sudden, when we left, we no longer held things in common. When we visited them, we were like fish out of water. The entire family was united, except for us. At times I felt bad about this as if we no longer wanted to be a part of them. But what could we do?

This is probably what Abraham felt when he left his relatives behind. He was certainly not understood or applauded for it. It is a true sacrifice to cut the ties with your family, but the biggest came last….

God asked Abraham to leave his father’s house. Leave the house of your father, stop being his son, heir, and helper.

Without a doubt, Abraham’s father was old and counted on his son to take care of him and his possessions. Imagine the disappointment when his father heard of Abraham’s decision to give up everything and GO TO THE LAND THAT I WILL SHOW YOU. His father probably called him crazy, along with his relatives, neighbors, in fact, the entire city.

The cost of Abraham’s obedience was much greater than his fear of what the future held. Abraham sacrificed who he had been up to that point… son, cousin, nephew, citizen. He was ceasing to belong to a family, a city, a people.

If not, you had better stay in your land. If yes, embrace the rest of this promise, it’s for you also!