For the young IntelliMen4 min read 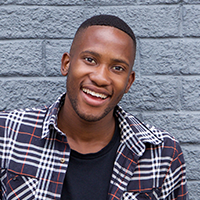 The number of young men between the ages of 17 and 20 participating in the IntelliMen lectures is quite noticeable. These meetings are meant for those who want to become more intelligent and capable in everything they do. These lectures take place every first Saturday of the month at the Temple of Solomon in Brazil.

Nowadays, youths have lost the sympathy of many due to their attitude. It’s sad to know that for many young men, unplanned sex became almost a must, and many go along with this so that they may fit in with the crowd. However, the same crowd does not stay with them when the consequences of their actions appear: unwanted pregnancy, sexually transmitted diseases, publication of intimate images on the Internet and bad reputation, just to name a few.

It’s also sad to be in a public place and to see how some guys barely out of puberty treat the people around them without the slightest respect. They blurt out curse words, in the bus or train they sit with their legs wide open, they shout instead of speaking, laugh loudly, do not give the right of way to the elderly and to women, listen to songs of terrible taste at full volume, they vandalize the city, etc.

It’s difficult to look at the youths that act “smart,” cheating on university or high school exams, choosing to be part of the uninterested group that sits far in the back of the classroom. They delay the beginning of a service, arrive late to commitments as if this is the most normal thing to do, they envy the possessions of other people without making any effort to achieve the same or spending what cannot on expensive things to maintain an image that does not match their reality.

It is unfortunate to see the teenagers with marijuana cigarettes in their mouths in public places, drinking until unable to stand up and finding this funny, eating any trash that appears in front of them without thinking about their health, and since we are talking about it, they neglect to do physical activities. see real boys, who only grew up in size, driving their cars and motorbikes crazy, thinking that the streets are theirs alone and that safety is a thing for “manes.” Unfortunately, it’s not uncommon for news reports showing victims of such faces, usually people who had nothing to do with it and were taking care of their

It’s upsetting to see young boys, who only grew up in size, driving their cars and motorbikes recklessly, thinking that the streets are theirs alone and that safety is a thing for “losers.” Unfortunately, it’s not uncommon for news to report on tragedies caused by them, usually people who had nothing to do with it and were just taking care of their lives but were run over or had their vehicles damaged.

On the other hand, there are those who choose to discipline themselves early on to become real men in the genuine sense of the word. They decided to take on the challenges of the IntelliMen Project to improve themselves. Hardly a young man who attends the lectures and follows the precepts of the project will be a jerk like those mentioned above. Oh, you thought that “jerk” was too strong a word to use? Well, know that this is the least that the good people will think of those without common sense. Sensible people will not consider them for a job, or to give permission to date their daughters, for a job promotion or to grant a scholarship…

You, my friend, are not just an IntelliMen of the future but of the present time actually. Your choices today determine how your life as an adult will be.

If on one side it is upsetting to see the bad examples of youths who lack common sense, on the other hand, it is a pleasure to see other young people choosing to be real men.

Many young men (even from other age groups) fall into the temptation of watching pornographic content in various media. Although the crowd encourages this as something “normal” and even uses it for personal assertiveness, the dangers are many. Take a look at the IntelliMen Challenge #47 and learn strategies for not falling into this trap.

A man who makes a difference

Nowadays, respect is fundamental for a good interpersonal relationship. If you are a man and you want to change your attitudes, the time is now. Join the Intellimen Project and learn how to be a better man. For more information about the group click here.

(Translated and adapted from text by Marcelo Rangel)