Be careful with what you say2 min read 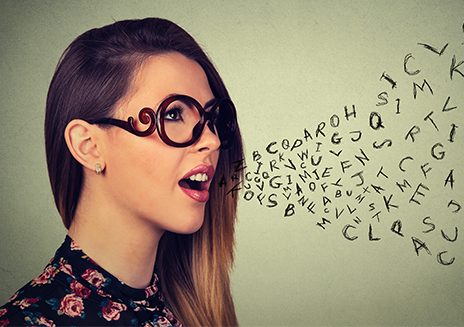 The words we speak have the power of defining our path in this world. Although a lot has been taught about the way we use our words, what’s good and what’s not, the majority of people ignore this and let their tongue loose to say curse words about themselves or the people around them.

I see this teaching even with God when He would change the names of people whom He would use for His purposes. He would do this to create a new identity and to prepare them to receive the new mission being given by Him.

For example, the name Abram means “high father,” but the Almighty changed it to Abraham, which means “Father of a multitude, many nations.” Sarai, his wife, had her name associated with sterility. However, she was called Sarah by God, the “fertile.”

The same thing happened with Jacob, which means “he who holds the heels, usurper,” and his name was changed to Israel, which means “prince of God, victorious.”

The Lord Jesus also immediately changed the name of Peter, formerly known as Simon, when he was brought to Him by his brother Andrew.

The Savior attributed that fickle fisherman, unstable, weak and cowardly the name of Cephas, which in Aramaic means “stone.” Exactly the opposite of what Peter was.

But this was a declaration of faith by the Lord Jesus about the man Peter would become.

By doing this, He determined that His disciple would become firm and strong, a true pillar of the primitive church.

Imagine how many “blunders” showing weakness, impulsiveness, and instability Peter committed during his three years beside the Lord Jesus! Even so, the Lord Jesus didn’t give up in calling him “rock.” That is, our Master gave us the example that words aligned with faith can determine that people, circumstances, and places will change.

It’s also worth to remember that this isn’t just a positive thought, fruit of a philosophical movement of the 19th century, known as positivism, where it’s enough for a person just to believe in themselves and to think about what’s good for his life to be successful. We are talking about faith in God, linked to a confession in this belief. This means because I believe in Him, I determine, profess and wait for the fulfillment of His Word.

“Death and life are in the power of the tongue, and those who love it will eat its fruit.” (Proverbs 18:21)

(Translated and adapted from text by Núbia Siqueira – writer, painter and women counselor)