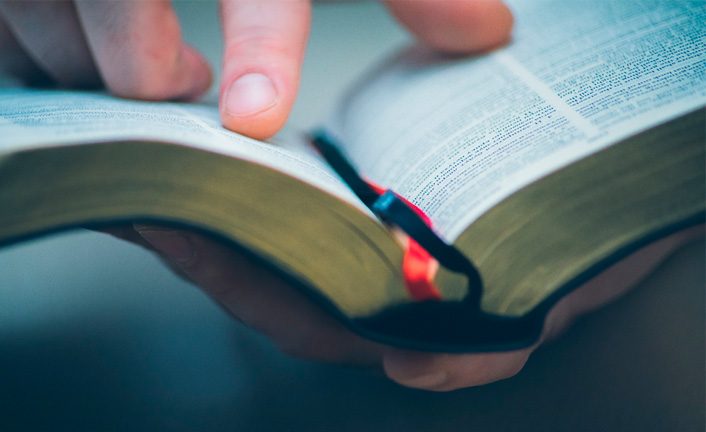 Nothing gives the devil more pleasure than watching believers who are addicted to the Bible. People who aren’t concerned about putting it into practice, but only in liking each other’s marvelous messages and in learning more, and more, and more… people who pride themselves in knowing more than the next person.

The instructions in the Word of God are meant for disciples because a disciple is someone who practices the teachings of their master. The Bible isn’t meant to be paraded around but applied. It needs to be practiced (2 Tim 2:15). His revelations aren’t just meant to make us feel good, but to arm us for our war against hell. If it isn’t put into practice, what good is it?

Like muscles that depend on physical exercise to become strong, faith needs be exercised before it can make dreams come true.

Obviously, reading the Bible is an excellent way to nourish your spirit, but if it isn’t practiced, it only produces hypocrisy. It’s only fluff. That’s what the scribes were like. They knew the Law, the Commandments and the Prophets like no one else. After all, they were the official transcribers of the Bible. Even so, Jesus described them as hypocrites, blind guides, serpents and a generation of vipers. He even added a preview of their coming judgment, saying, “How can you escape the judgment of hell?” (Matthew 23:1-35)

How many believers are anesthetized by their knowledge of the Bible? They’re longing to learn the thoughts of God, but aren’t interested in practicing them…

Do you know why?

Because they hate sacrifice!

They love the sacrifice of reading the Bible because it doesn’t cost anything. But they hate actual sacrifice.

The devil knows that an unpracticed faith anesthetizes its power. And because of this, many are called but few are chosen.