For christians, is sending nude a sin? Is It Okay for Chrisatians to Be Involved in Sexting?3 min read

We live in difficult times when selfishness, promiscuity, violence, unfaithfulness and so many other evils damage society in such a way that even Christians have been corrupted by these new proposals. Right now many Christians are asking themselves: is sending nudes a sin?

Today I’d like to talk to you about nude photos, and I hope I can explain some ideas, answer the question “is sending nudes a sin” here without writing a book, lol.

When Adam and Eve fell, the immediate effects of sin on them were the fear and shame of God.

We remember that this first couple lived naked, innocent and pure, but after disobedience, the first consequence was the perception of nudity. So they sewed fig leaves to cover themselves, but it wasn’t just the body that was naked. Sin has stripped man of the light and holiness God had given him.

One day at dusk, the Lord went to Eden to talk with His creatures, as was the custom. He called the man a few times, and was not answered, until the time came when Adam could no longer ignore the divine calling. See your answer:

“And he said, I heard your voice in the garden, and I was afraid, because I was naked, and I hid myself.” Genesis 3:10 – ACF

The problem was not God’s voice, after all, the Lord had spoken to them many times before.

Fear came because they rebelled against the Most High and His instruction not to eat the fruit of the tree of the knowledge of good and evil. Now, to cover the transgression and shame caused by disobedience, it would be necessary to sacrifice an animal to prepare a God-made skin tunic. Note that this first sacrifice already foreshadowed the sacrifice of the Lord Jesus, who would “cover us from our sins” once and for all.

The word “dress” in Hebrew has as one of its main meanings “shameless”, meaning there are clothes to protect the body from dishonor, shame and shame. Therefore, we can clearly understand that the desire to strip the body today is not motivated by any intention, but to rebel against God, for it was He who provided this resource. 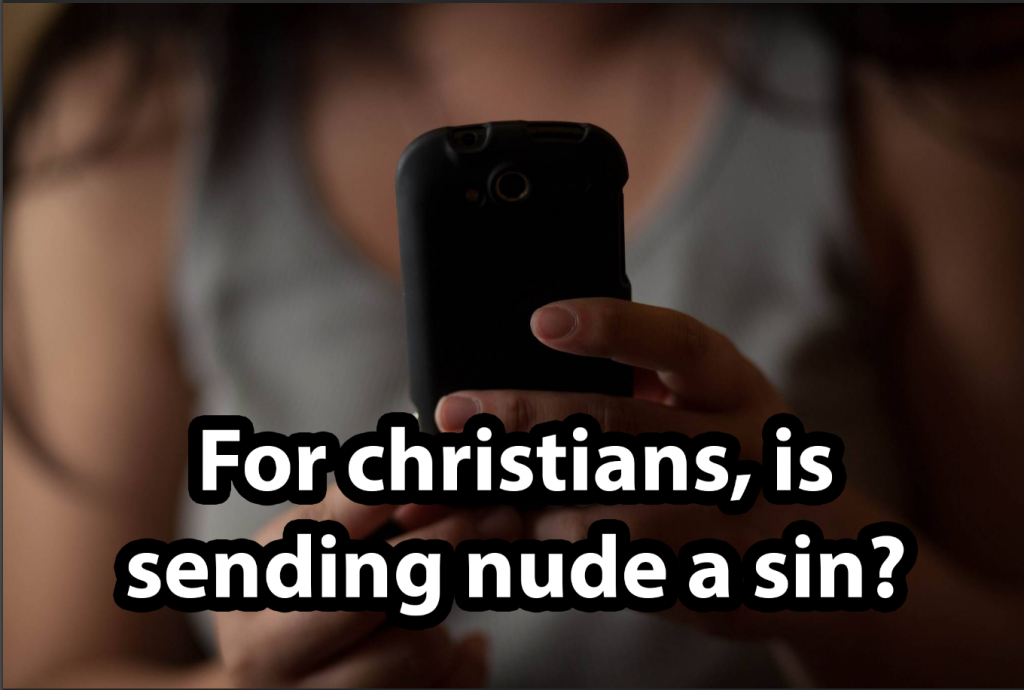 Under the diabolical concept that “the beautiful should be shown,” many women are undressing on social networks for any audience. Not to mention those who claim to be dressed, but their clothes cover almost nothing. Is sending nudes a sin? Yes.

You may also have noticed how popular it has been with young people and adults, the way you send “nudes” (photos or videos of yourself without clothes) to others, especially through cell phones. It seems as simple as going to the bakery to buy bread, sending nudes through WhatsApp to half the world.

See that people are continually transgressing, sinking into the mud of this world and no longer blushing with shame. If this is not an end-time sign, I don’t know what it would be!

Decent body coverage is completely biblical. And rebellion against God is the desire to desecrate this body, exposing itself to nakedness and sensual appeals. The manner in which a person dresses is very great, whether inclined to rebellion or fear of the Most High.

I know artists have a hard time understanding this because the idea that nudity is art has been incorporated into the class. Then we have come to the point of some time ago seeing a child touch the body of a naked man and this being applauded and defended as a great artistic manifestation. But if you have not been contaminated by this spirit that reigns in movies, television, music, social networks, among other resources manipulated for evil, keep your principles.

Do not distract your reason with the fads that arise every day, but evaluate what is good or not to add to your life.